Kaleem has found his father and soon finds the love of his life, Rozia Laurence, but he is still not comfortable with his role as Peace Child. He also has to face some of the less palatable truths about his home planet: it is blighted by the existence of the Z Zone, a place where poorer people live outside of society, and by switch-off, compulsory euthanasia for a healthy but aging population, including his mentor, Razjosh.

Em tries to avoid the annoying clones – the girls in her year at Philiton Comprehensive who spend all their time thinking about clothes, make-up and boys. She worries about her aging grandparents and her older brother Ollie, who seems to be behaving in a distinctly odd way.

Devils, demons, werewolves and other creatures of the night don’t have to be scary. In fact, at times they can be downright funny. They have their fair share of the type of problems we humans have – pesky monthly cycles, others out to get them, a lack of what they need and a surfeit of what they don’t want. They’re not immune to recessions either.

Kaleem Malkendy is different – and on Terrestra, different is no way to be.
Everything about Kaleem marks him out form the rest: the blond hair and dark skin, the uncomfortable cave where he lives and the fact that he doesn’t know his father. He’s used to unwelcome attention, but even so he’d feel better if some strange old man didn’t keep following him around.
That man introduces himself and begins to explain the Babel Prophecy – and everything in Kaleem’s life changes forever.

Tom crashes his car and he wakes up in an unfamiliar place. He is unable to reach Amanda. They argued just before the crash. He meets cheeky but friendly Marcus, who, though younger than Tom, has more experience in the areas that now matter. But Marcus has his own concerns and eventually has to leave Tom to deal with his problems alone.
The story takes place in the Solent area and in North Wales .

Kaleem has given up the love of his life in order to protect her. He now lives and works on Zandra.

Jesse, 15, lives in a society where 91% of people are born genderless. Gender is assigned at birth. She guards a secret, though. She is pulled in different directions by mother Ana’s Natural Souls, the We Are One group, her attraction to her boyfriend and her new friend Ork who is proud of remaining without gender. Events force Jesse to make her own mind up about who she really is.

Love and romance can be tough for a compulsive fibber
Archie has quite a reputation as a practised fibber. Normally his lies are harmless but as time goes by they begin to get him into more and more trouble. They lose him his girlfriend, and bizarrely, his hearing as his ears begin to react in a very strange way every time he is less than truthful. Giving honest opinions isn’t enough. Deep truth is called for. But finding that isn’t easy. Some truths are very hard to face. Then numbers become interesting, too.
Fibbin’ Archie, is, however, more than the story of a disenchanted young man. It is also a writing experiment based on a fascinating number series (Fibonacci!) It is a piece of experimental writing, a humorous story of love and sex, an examination of social issues affecting young adults and a story of coming of age.

Nick is dying. Barney spends much of his time keeping him company, helping him to lead an almost normal life and sharing his carefully guarded secret. The two boys often go down to the old harbour, to look at the boats and take photographs. Barney finds it hard watching his friend getting weaker and weaker. And then there are the other problems. He worries about his relationship with his first real girlfriend. He worries about his schoolwork.. He is under pressure to perform well as a county swimming champion. And he needs a part time job.

Buy an e-book bundle of all of these title for just £5.00

Or of course you can buy them individually from Amazon where you will also find Kindle editions. Note Kindle price is subject to change.

Gisela adores her brother Bear, her gorgeous BDM uniform, and her little half-brother Jens. She does her best to be a good German citizen, and is keen to help restore Germany to its former glory. She becomes a competent and respected BDM leader. But life begins to turn sour. Her oldest brother Kurt can be violent, she soon realises that she is different from other girls, she feels uncomfortable around her mother’s new lover, and there is something not quite right about Jens. It becomes more and more difficult to be the perfect German young woman. £10.00 /  £2.39
Buy from Amazon

A collection of one hundred and ten pieces of flash-fiction and poetry. You probably won’t like all of them, and some of them might even disgust you, or make you uncomfortable. But stick with it. Look at …
Read more 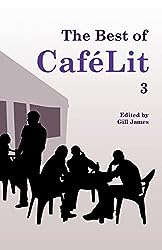