A new book out now!

In this internationally-acclaimed collection of contemporary literary fiction stories by Paul Williams we are invited to appreciate what it means to master the art of losing – to let go of things both big and small – whether it be dreams, or love, or houses, or whole continents. Told with wit, humour and pathos, the stories reveal the unexpected narratives that often flow beneath the surface of contemporary lives.

The twenty stories lurch from continent to continent across Australia, Europe and South Africa, from child to teen to adult, from past to present, from war to peace, from me to you.


In celebration of Paul's new book we're offering  our other single author collections at a bargain price.

A collection of one hundred and ten pieces of flash-fiction and poetry. You probably won’t like all of them, and some of them might even disgust you, or make you uncomfortable. But stick with it. Look at overarching themes within each coloured block. Find the puns in certain titles. Research the colours that you’ve never heard of. Try and work out which stories are complete fabrications, which ones contain nuggets of truth, and which ones are versions of real life events.

Fog Lane is a collection of 41 stories, all under a thousand words. They are stories about memory. Many of the stories have been published online and in magazines. They were written over a long period of time. The oldest, "The Rose Garden" was first written in about 2007 and published in Orbis. The last one in the book, "Here Comes the Sun" was completed just recently. The stories in this book vary from the humorous to the sad to the macabre.


Not yet getting this list by email?  Like to have it fall into your in-box? Sign up here.
Christopher Bowles Dawn Knox Extraordinary Fog Lane Jenny Palmer Keepsake Neil Campbell Paul Williams The Art of Losing 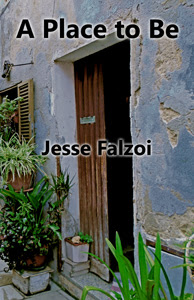 See on Amazon In this haunting collection, one of Jesse Falzoi’s characters imagines the word “Wuthering” means “From all directions and never the one you anticipated.” Using this definition, these are Wuthering stories, coming at life from many angles, each one full of surprise and illumination. Falzoi’s characters thrum with yearning—for connection, for meaning, for a place to be, to belong. They will find a permanent home inside your heart. See on Amazon Within the pages of Days Pass like a Shadow are thirteen dark tales covering the theme of death and loss. At the centre of every story is a beating heart. For the reader to make the journey to that centre, along the flowing veins of the words, all they need is a few minutes during a lunch break, or at the end of the day. The reader will be introduced to a rich and diverse collection of characters - a gardener, a serial killer, a time traveller, a sleepwalker and many more. See on Amazon You will find in this collection a mix
Read more Allison Symes loves reading and writing quirky fiction. She discovered flash fiction thanks to a Cafélit challenge and has been hooked on the form ever since. In this follow-up to her "From Light to Dark and Back Again", Allison will take you back in time, into some truly criminal minds, into fantasy worlds, and show you how motherhood looks from the viewpoint of a dragon. Enjoy the journey!   "Allison Symes can pack more into 100 words than most people can into 1000. Politicians take note!" "A lovely little collection of quirky and often surprising stories and poems. Fairy godmothers who aren't what they first appear."   Fabulous collection of poems and flash fiction. Some made me giggle, some made me gasp, all surprised me! I found it a real page turner, as the stories had such unexpected twists and turns!     (click on image to view on Amazon)
Read more

Pot-luck selection - any three paperbacks for £10.00 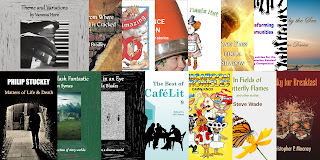